Sign up for The Brief, our daily newsletter that keeps readers up to speed on the most essential Texas news.

Texas regulators issued an environmental permit Thursday for the Port of Corpus Christi to build what could become the state’s first seawater desalination plant — but the US Environmental Protection Agency may refuse to accept it.

The state permit for a desalination plant on Harbor Island represents the culmination of years of business strategy, political maneuvering and lawyering effort on behalf of the port, which wants to build a large-scale facility to convert seawater from the Gulf of Mexico into freshwater. The marine desalination plant is expected to cost at least half a billion dollars to construct; an estimate provided to the Texas Water Development Board puts the cost at more than $800 million.

Environmental groups have fought the project for four years on the grounds that wastewater from the plant could harm sensitive coastal ecosystems.

Now the port will also have to spar with the EPA, which can refuse to recognize the state permit on the grounds that it does not comply with the Clean Water Act. The federal agency is concerned that Texas’ permit may not be sufficient to protect aquatic life and water quality, according to letters obtained by The Texas Tribune, and that the Texas Commission on Environmental Quality did not send the permit to the EPA for federal review.

The dispute centers on what type of permit is required: The EPA believes the desalination plant needs a “major” environmental permit — which requires EPA review — while TCEQ says the facility should be considered a minor project, which does not require federal review.

“If the TCEQ issues [the permit] without responding to the EPA … the EPA’s position will be that it is not a validly issued [permit],” Earthea Nance, regional administrator for the EPA’s Dallas-based Region 6, wrote in a Sept. 2 letter to TCEQ Commissioner Jon Niermann. Some experts speculated that the EPA may sue the TCEQ to determine whether Texas is legally obligated to consult the EPA on such seawater desalination permits.

TCEQ commissioners on Thursday seemed to dismiss the EPA’s concerns. Commissioner Bobby Janecka said he considered the federal agency’s objections but called them “outside our window of decision” on whether to issue the permit.

Water demand in the Corpus Christi region’s water planning area — pushed by a growing population and a boom in manufacturing and petrochemical facilities that need water to cool their plants — is expected to outstrip supply by more than 31,000 acre-feet, or about 10 billion gallons , by the end of the decade if new water sources are not secured, according to the state’s water plan.

The water planning area — made up of 11 counties in South Texas’ Nueces River Basin along the coast — projects that 70% of its new water resources will have to come from desalination plants by 2030.

“The potential for water independence from these kinds of facilities is very big,” said Manish Kumar, an associate professor of environmental and chemical engineering at the University of Texas at Austin, who has worked on and advised desalination projects. “The significance is huge, because we have the coastline, we have energy and in many places, we have a need for high-quality water.”

While Texas already has more than 50 plants that desalinate brackish groundwater into freshwater, according to a state database, seawater desalination is much more technically difficult, energy intensive and expensive to achieve on a large scale because ocean water is much saltier than brackish groundwater.

The seawater plants also give less bang for the buck: Marine desalination plants are able to convert around 40% to 50% of seawater into freshwater, while groundwater desalination plants convert closer to 80%, Kumar said. The remaining water — made saltier by removing most of the now fresh water — is discharged as waste.

Errol Summerlin, co-founder of the Coastal Alliance to Protect the Environment, an environmental group that opposes the plant, said that now that Texas has approved the permit, he hopes the EPA “will come in and essentially assert their authority, and not recognize [the permit].” He said the TCEQ Commissioners issued the permit “without taking into consideration the EPA’s objections, most importantly, that the entire process was flawed.”

The EPA began to protest the plan last year, claiming that Texas had failed to allow the federal agency to review the plan to dump the salty wastewater into the channel, which is connected to Corpus Christi Bay.

The EPA and Texas are frequently at odds about air quality — a politically contentious issue due to the state’s reluctance to address climate change-causing greenhouse gases. But Matthew Dobbins, an environmental litigation attorney and partner at Vinson & Elkins, said he was surprised to see the EPA threaten such an action on a water matter.

“It’s interesting that the EPA said they’re willing to bring the hammer down and declare any permit issued here invalid,” Dobbins said. “It was EPA taking a position that they have historically only [taken] in the air permitting context.”

He said under President Joe Biden, the EPA is “taking a much closer look at permitting decisions than they may have in the past.”

Federal regulators were so concerned with TCEQ’s review of the permit application that last September, the EPA revoked Texas’ authority to independently review desalination wastewater permits without the EPA’s input.

Two weeks ago, TCEQ commissioners delayed a decision on the permit to allow the agency more time to weigh the EPA’s position. Both commissioners and staff characterized the EPA’s concerns as a last-minute intervention in a permitting process that has lasted four years.

Kathy Humphreys, an attorney at TCEQ, said the EPA’s objection was “untimely,” and TCEQ Commissioner Emily Lindley said the EPA seemed to have “jumped in very late in the process.”

Douglas Allison, a Corpus Christi-based attorney representing the port, indicated during a TCEQ meeting earlier this month that the port would seek to resolve the issues with the EPA directly.

“[We] will see if there’s a way to thread this needle where ultimately, the permit is issued in good standing with TCEQ and EPA,” Allison said at a TCEQ meeting earlier this month. “We believe we have to go forward.”

Craig Bennett, an attorney representing the Port Aransas Conservancy, which opposes the plant, said he’s concerned that the TCEQ has set a bad precedent for allowing marine desalination plants.

The port has been unable to provide the exact location for the discharge in the channel, he said. An environmental consultant for the port said during an administrative court proceeding that the exact location for the wastewater discharge could not be determined until after construction begins; the port’s permit application gives an approximate location about 300 feet from Harbor Island’s south shore.

Bennett says the exact location is the most important factor to determine any potential environmental damage. Discharging wastewater into the channel — a sensitive ecosystem dependent on a certain mix of freshwater and saltwater — could create an imbalance, Bennett said. Excessive salinity can disrupt ecosystems by killing aquatic plants and animals, as well as reducing nutrients in the water, which affects the productivity of plants.

“We are not opposed to desalination,” said Bennett, who is also a partner at the Jackson Walker law firm in Austin. “There’s no reason they can’t run the discharge out into the gulf.”

The port argued in its permit application that any salinity changes in the bay from the discharge in the channel will be insignificant compared to historical variations. An EPA analysis of salinity in the bay, however, recommends that salinity should be below some of those historic variations to reduce stress on plants, animals and marine life.

Kumar, the UT Austin engineering professor, said the best option would likely be to discharge the wastewater into the Gulf of Mexico, where it can dissipate more quickly in a larger body of water. But, he said, when there are no other alternatives for freshwater and the environmental issues are properly mitigated, seawater desalination is beneficial.

“We live in such a challenging time with water scarcity,” Kumar said. “You have to balance the risks properly so that you don’t create a problem, but the technology works, and it’s high quality water that you get out of it. If you need to have a consistent water supply, [marine desalination] is good.”

Disclosure: Jackson Walker and the University of Texas at Austin have been financial supporters of The Texas Tribune, a nonprofit, nonpartisan news organization that is funded in part by donations from members, foundations and corporate sponsors. Financial supporters play no role in the Tribune’s journalism. Find a complete list of them here.

The Texas Tribune Festival is here! Happening Sept. 22-24 in downtown Austin, this year’s TribFest features more than 25 virtual conversations with guests like Eric Adams, Pete Souza, Jason Kander and many others. After they air for ticket holders, anyone can watch these events at the Tribune’s Festival news page. Catch up on the latest news and free sessions from TribFest. 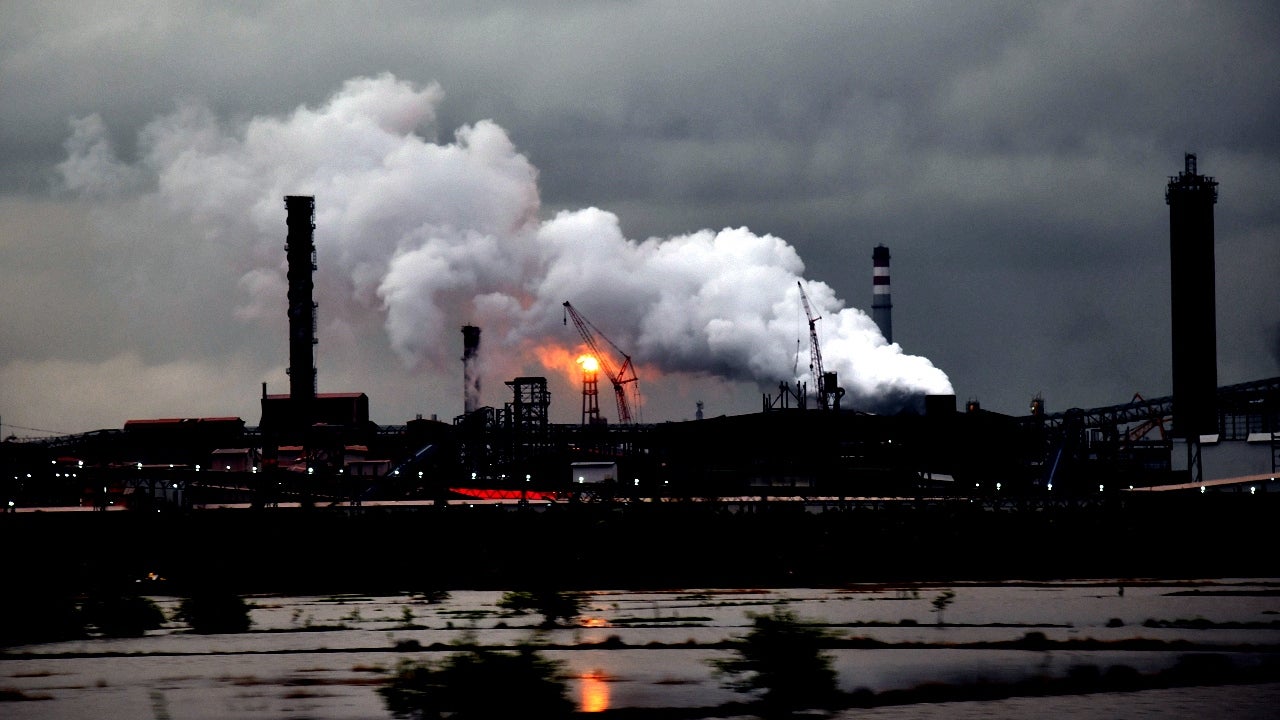 Nature is not an impediment to UK economic growth: it’s vital to it Tony Juniper 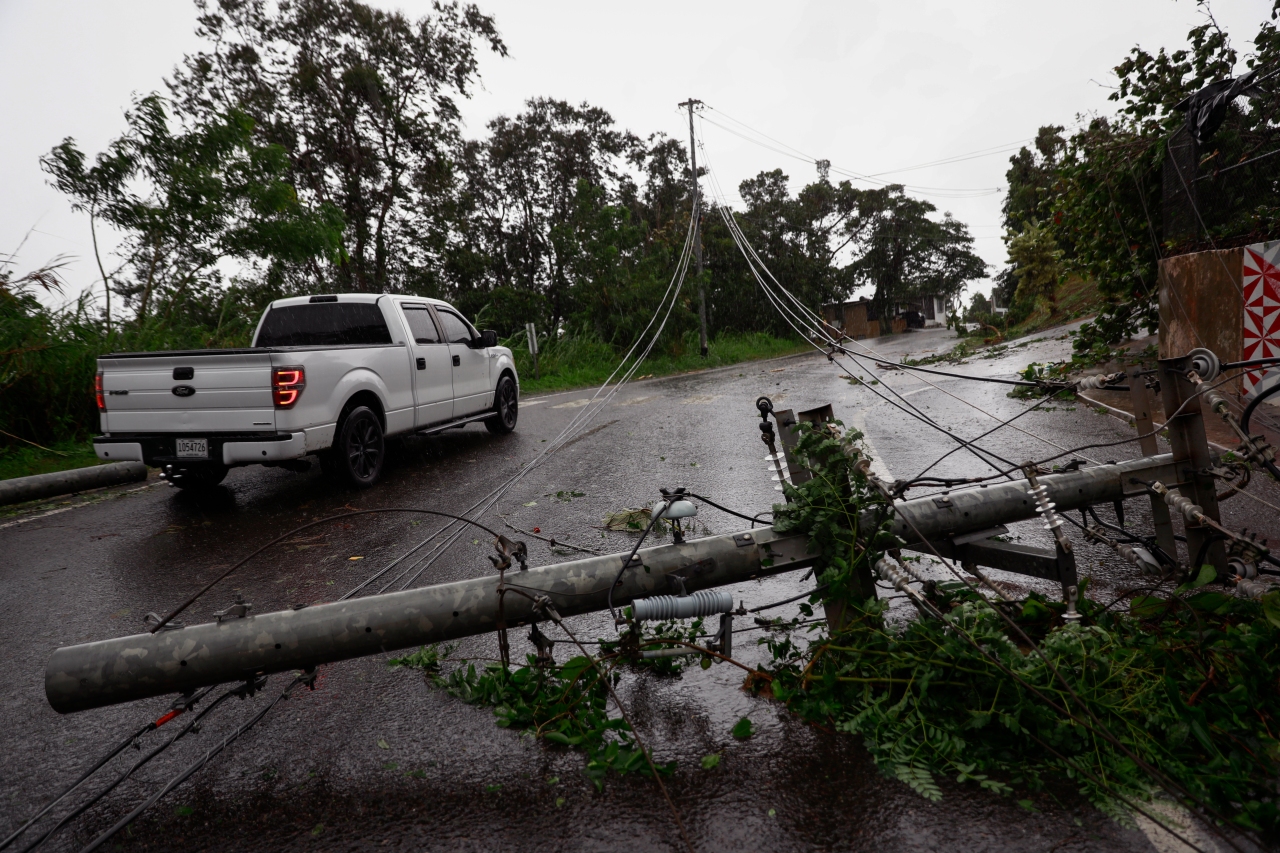 For Puerto Rico, the right hurricane recovery is renewable energy