Four key climate indicators set new records in 2021, underscoring the importance to curb emissions from human activity and sparking criticism from the United Nations for “humanity’s failure to tackle climate disruption” despite sustainable technology being readily available for governments and cheaper to use than fossil fuels .

Greenhouse gas concentrations, sea-level rise, ocean heat and ocean acidification – all of which have been established to be significantly impacted by human activity – set new records in 2021, according to the State of the Global Climate 2021 report released by the World Meteorological Organization (WMO) this week.

At the surface, extreme weather – from hurricanes and cyclones to droughts and flooding – has served as the day-to-day “face” of climate change, wreaking a heavy toll on human lives and wellbeing, leading to hundreds of billions of dollars in economic losses and triggering food and water security and displacement, according to the WMO press release. The report also shows how anthropogenic climate change has impacted some key factors that typically play into these severe weather events.

The flagship report found that the global mean sea level had increased by more than double the previous rate, and ocean warming has not only increased but has also started to dive deeper into the depths, albeit warming at a lower rate.

But those aren’t the only changes that the Earth’s oceans are seeing. The ocean absorbs around 23% of the annual emissions of anthropogenic carbon dioxide released into the atmosphere, acting as a carbon sink. However, a reaction with the seawater leads to acidification, which can threaten organisms and ecosystem services and, in turn, impact food security, tourism and coastal protection. As the pH level of the ocean decreases, becoming more acidic, its capacity to absorb more carbon dioxide also declines.

GET THE FREE ACCUWEATHER APP

The Intergovernal Panel on Climate Change Sixth Assessment Report previously concluded that “there is very high confidence that open ocean surface pH is now the lowest it has been for at least 26,000 years and current rates of pH change are unprecedented since at least that time.”

Current ocean acidification rates in the report were found to exceed those inferred from the Paleocene-Eocene thermal maximum (PETM) – an interval of 1,000 years roughly 55 million years ago that included the widespread extinctions in both marine and terrestrial environments. The PETM is hypothesized to have been caused by the sudden release of methane hydrates from ocean sediments, triggered by a massive volcanic eruption and associated with large perturbations of the global carbon cycle.

Data from specific sites also indicated that levels of carbon dioxide, atmospheric methane and nitrous oxide continued to increase in 2021. The report warned that the increase of atmospheric methane was a precursor of tropospheric ozone, or ozone at the ground level, which can impact human health, agriculture and ecosystems.

The report also found that 2015 to 2021 were the seven warmest years on record globally, though 2021 was “less warm” than recent years due to the influence of moderate La Niña events at the start and end of the year. While this did have a temporary cooling effect, the average global temperature for the year was still above the pre-industrial level by about 1.11 degrees Celsius.

“It’s just a matter of time before we see another warmest year on record,” WMO Secretary-General Petteri Taalas said. “Our climate is changing before our eyes. The heat trapped by human-induced greenhouse gases will warm the planet for many generations to come. Sea level rise, ocean heat and acidification will continue for hundreds of years unless means to remove carbon from the atmosphere “Some glaciers have reached the point of no return and this will have long-term repercussions in a world in which more than 2 billion people already experience water stress.”

Upon the release of the WMO State of the Climate report, United Nations Secretary-General António Guterres remarked that there is a way forward, but continuing to rely on fossil fuels will only be a “dead end.”

“We must end fossil fuel pollution and accelerate the renewable energy transition before we incinerate our only home,” Guterres said. “Time is running out.”

To keep the hope for limiting global warming to 1.5 degrees alive, he stressed that the world must act within the decade – starting with transforming energy systems.

The starting point is a “low-hanging fruit,” according to Guterres, with renewable energy technologies like wind and solar readily available and often cheaper than coal and other fossil fuels. The cost of wind energy has also declined over the past decade, along with the cost of solar energy and batteries.

He added that the investment in renewables creates three times more jobs than fossil fuels. “We do not have a moment to lose,” Guterres said before laying out a plan of five critical actions to pave the way for a transition to renewable energy.

The first step of his plan calls for renewable energy technologies like battery storage to be treated as essential and freely available global public goods on the basis that storing renewable electricity has often been cited as the greatest barrier to the clean energy transition.

“Removing obstacles to knowledge sharing and technological transfer – including intellectual property constraints – is crucial for a rapid and fair renewable energy transition,” Guterres said, calling on governments to lead a global coalition on battery storage to fast-track innovation and deployment. .

The second part of the plan includes securing, scaling up and diversifying the supply of components and raw materials for renewable energy technologies, which are concentrated in only a handful of countries.

His fourth point calls on governments to shift subsidies away from fossil fuels “to protect the poor and most vulnerable people and communities.”

“While people suffer from high prices at the pump, the oil and gas industry is raking in billions from a distorted market,” Guterres said. “This scandal must stop.”

The last point calls for private and public investments in renewable energy to be tripled, increasing investments to at least $ 4 trillion a year. He reasoned that while it was a big investment now, the world would reap “big rewards” in the years to come.

He called on multilateral development banks and development finance institutions to take responsibility and fully align their lending portfolios with the Paris Agreement by 2024 at the latest.

“Every country, city and citizen, every financial institution, company and civil society organization has a role to play,” Guterres said. “But most of all, it’s time for leaders – public and private alike – to stop talking about renewables as a distant project for the future. Because without renewables, there can be no future.”

Want next-level safety, ad-free? Unlock advanced, hyperlocal severe weather alerts when you subscribe to Premium + on the AccuWeather app. AccuWeather Alerts™ are prompted by our expert meteorologists who monitor and analyze dangerous weather risks 24/7 to keep you and your family safer. 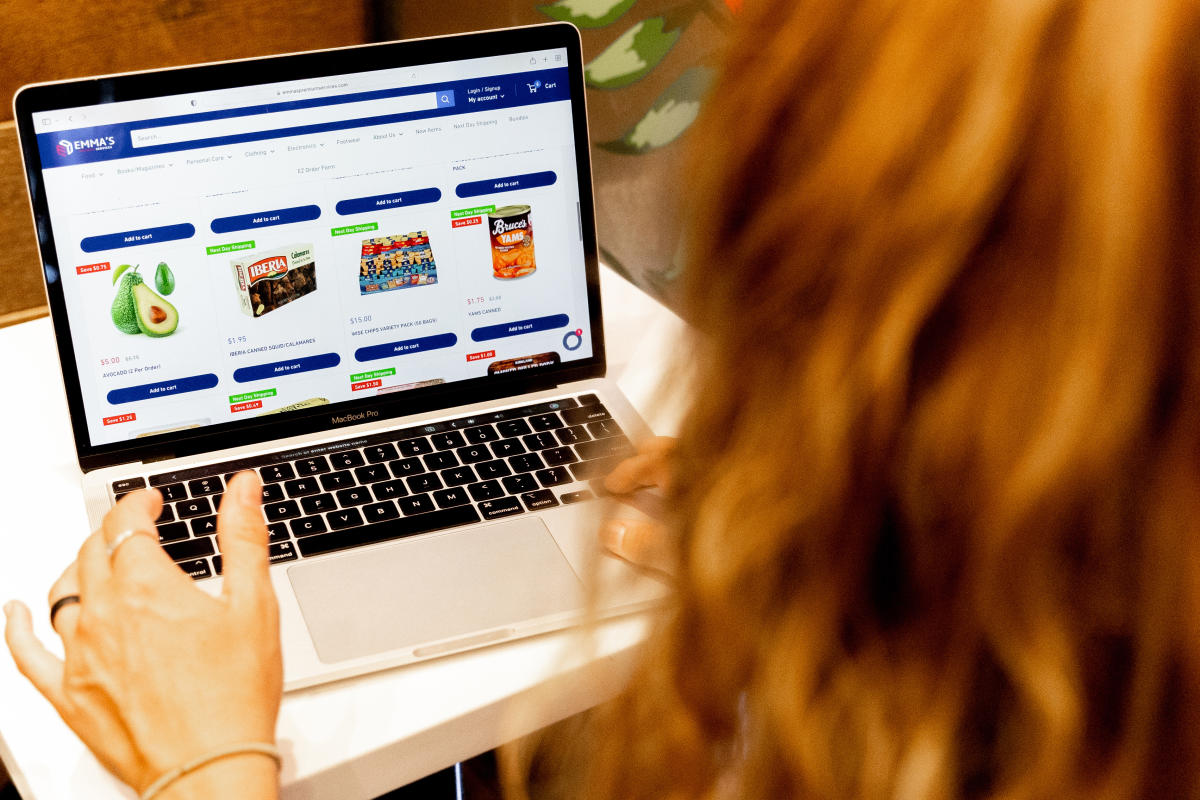 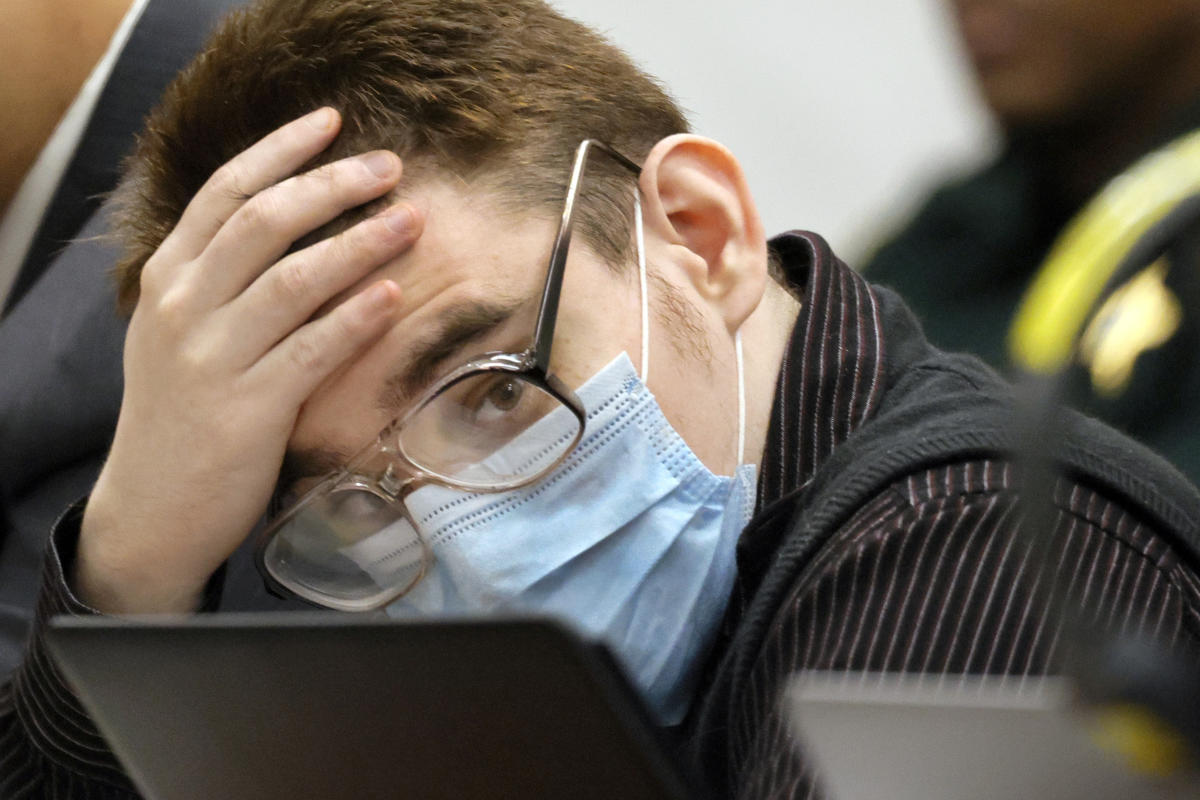 School shooter’s brain exams to be subject of court hearing